First Minister Nicola Sturgeon officially launched a centre in Hong Kong on Thursday that is partnering with a Scottish university to promote the adoption of low carbon and sustainable technologies in the city and the Pearl River Delta, which extends into south China’s Guangdong province.

The centre is being run in partnership with the Edinburgh Centre for Carbon Innovation (ECCI), part of the University of Edinburgh. This brings together governments, businesses and universities to develop and implement low carbon innovations for sustainable economic development.

“This is the first education institution in the world to establish a low-carbon research and innovation centre in another country and I am delighted that it is a Scottish university that is leading the way and setting the standard,” said Sturgeon, the Scottish National Party leader and highest-ranking politician in Scotland.

“Like the Hong Kong Science and Technology Park, the University of Edinburgh has a world-class reputation and I’m confident that this relationship will help provide Scottish companies with a route into Hong Kong and, through its strong links with China, act as a gateway into China.” One of many green initiatives promoted at the Hong Kong Science and Technology Park earlier this year. Photo: Handout

The centre is being hosted by the HKSTP in a partnership that is also designed to advance technologies in areas such as “smart cities”, which eye greater digital connectivity.

Their goals include working to “commercialise environmentally friendly innovations, information and communications technology and material, and precision engineering,” said Andrew Young, chief commercial officer of the company running the park.

“China produces 26 to 27 per cent of the world’s carbon, and Hong Kong is a key gateway, and an important centre in its own right,” said Ed Craig, deputy director of the centre.

Almost 20 Scottish businesses have been brought over to Hong Kong in the past three months. They focus on areas like air pollution and the environment. Six more are due to arrive soon under the new agreement. 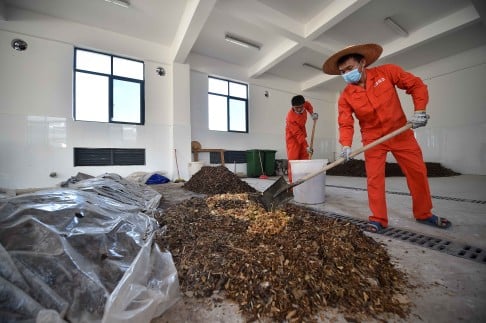 More Chinese companies are recycling waste as the country moves to embrace the concept of a ‘circular’ economy. Photo: Xinhua

Hong Kong businesses and researchers will be invited to work with the centre in Edinburgh, which also has partnerships with Edinburgh Napier University and Heriot Watt University, the centre said.

The centre has helped thousands of small companies in Scotland to reduce their carbon footprint and create profit from waste, Craig said.

This relates to the concept of a circular economy, which aims to phase out waste and shift from fossil fuels to renewable energy sources, among other changes.

Craig used the example of Celtic Renewables, which has worked with the centre to produce bio fuels using two waste products from Scotland’s whisky industry that were previously dumped in the sea or on land. 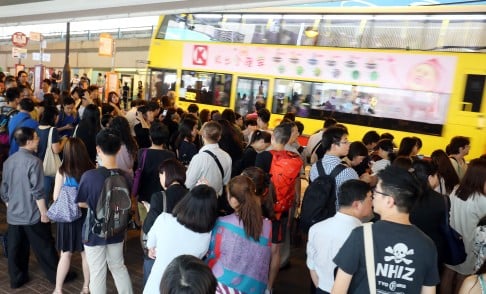 Ed Craig, deputy director of the new centre, has identified Hong Kong’s public transport as one area in need of innovation to lower the city’s carbon footprint. Photo: Dickson Lee

“They’re looking at the waste product and saying we can make a second or a third income from [it], which also makes our [main] product much more environmentally sustainable and financially sustainable,” he said.

Hong Kong uses 4,200 buses made by Scottish company Alexander Dennis, which carry about 4 million passengers every day, according to its website.

Craig described these as “relatively low carbon” but said improvements can be made as the company is already starting to introduce hydrogen buses in Scotland.