They say there’s no such thing as a free lunch.

But tech company Olio is hoping to prove the doubters wrong and save the planet by rescuing food that does not deserve to be thrown away.

Founded in early 2015 by Londoner Tessa Clarke and American Saasha Celestial-One, the platform is like a Tinder for leftovers.

Users can swipe through photos of food, connect with neighbours and collect anything from a head of homegrown celery to unsold coffee shop sandwiches either for free or a small charity donation. 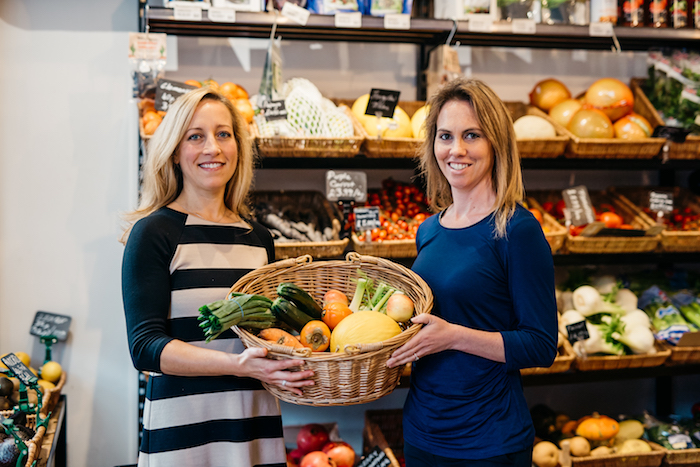 It began with a handful of people in north London but now has more than 400,000 users in 32 countries and is aiming to become a global force for change.

“Once you have woken up, you can’t close your eyes again and I suddenly saw food waste everywhere and it drove me crazy.

“But that anger and frustration has driven me on to try and change things and make a difference.”

Research estimates we throw away a third of the food we produce, which not only creates harmful methane if it ends up in landfill but also means the huge amounts of resources used to create it such as water and fuel for transport are wasted.

“People say they don’t waste food but when you actually go to their cupboards they are full of good intentions that will never happen,” said Tessa.

“They think, ‘Will anyone want my head of broccoli or three leeks?’.

“The answers is yes.” 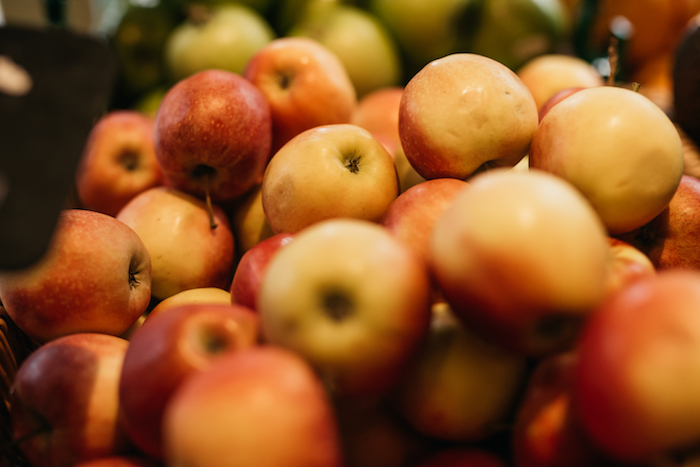 She added: “We need 400million users because we have to mitigate climate change and figure out how to feed the planet.”

“By 2050 there another 2.2billion people and we need to increase global food production by 50% according to the Food and Agriculture Organization (FAO) and right now we have no idea how we are going to do that.

“We are on the cusp of a global food crisis – from being in a world swimming in food to one where there isn’t enough and that will be devastating.

“So we are extremely motivated to get Olio up to scale and get millions sharing their food.”

The company is rapidly pushing ahead with expansion with a web app launched in December and a new section about to go live allowing users to share tips, tricks and information about sustainable living more broadly.

It is also in the middle of a fundraising round to help take the tech to the next level and is getting advice from an industry giant.

I met Tessa at Facebook’s London HQ in Firzrovia. Olio has been selected as one of seven startups out of 180 to be part of the social media giant’s inaugural in-house incubator LDN_LAB.

“Our focus is how can we increase the number of people who take that leap of faith and add their first listing to Oilio to share,” said Tessa.

“Because the demand on Olio is exceptional – 40% of all food that is added to the app is requested within less than an hour.”

A farmer’s daughter from Yorkshire, Cambridge graduate Tessa began her career as a strategy consultant with BCG and then worked at Emap as divisional MD for global retail intelligence business Planet Retail. 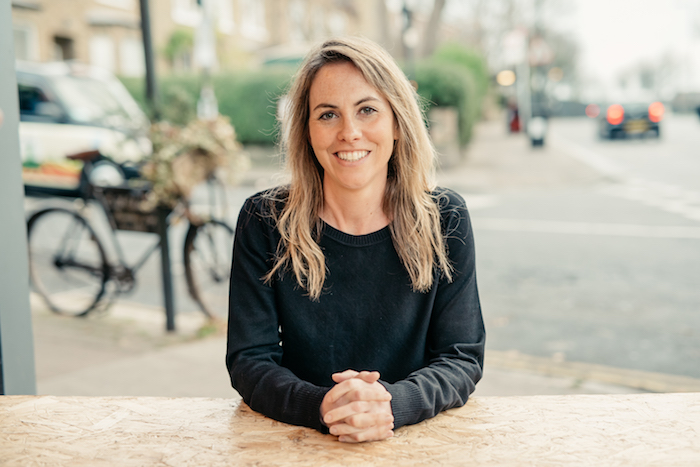 She’s also worked at Dyson as global MD for digital and at Wonga UK as MD.

She met Saasha, the daughter of Iowa hippy entrepreneurs who has worked at Morgan Stanley, McKinsey and American Express, on a career break at Stanford Graduate School Of Business and they bonded over their desire to make the world a better place.

The idea for Olio came when they were both on maternity leave. They gave themselves a year to make a go of it.

“The lightbulb moment was three years ago when I was moving from Switzerland back to the UK,” said Tessa.

“The removal men said I had to toss all the food – I wasn’t going to do that.

“I tried to find this lady who I was going to share it with but she wasn’t there.

“I thought about knocking on my neighbours’ doors but didn’t have time and it might be awkward and embarrassing.

“I ended up smuggling the food into our packing boxes and thought it was crazy.”

After discovering there wasn’t a food sharing app already she decided to create one and approached Saasha.

“It was the right time of our lives as we were both in our late 30s and not wanting to work for a large corporate any more,” said Tessa.

“We had young kids and that makes you think about the future you are giving them.

“Just from doing basic desk research we were shocked and stunned and felt it was a bit like a nightmare where you are screaming and no one can hear you.”

Tessa can reel off a list of statistics to back up her concerns such as the fact there are 800million people who are hungry in the world who could be fed on a quarter of the food we waste in the Western world.

“We are throwing away food on an industrial scale,” said the mother-of-two who got married in December in a dress from Oxfam.

“The real kicker is that food waste is absolutely catastrophic environmentally.

“Then we discovered half of all food waste takes place in the home, which on one hand was really depressing but on the other optimistic because if we all take action we can be half the solution to one of the biggest problems humanity is facing.”

Their first investors were Simple Web in Bristol which designed the app for them.

The duo spent months pounding the pavement and visiting farmers markets, signing up 2,000 people ahead of the launch.

The pilot went live in five postcodes in north London in July 2015 and the first share was a head of homegrown lettuce.

The app launched to the rest of the UK in January 2016 and globally that October.

They chose the name because Olio means a miscellaneous collection of things and also is a traditional Mediterranean stew – a dish made to prevent food waste.

“Also we liked the two Os because Olio is all about sharing, the circular economy and inclusiveness,” said Tessa.

“It also sound elegant and aspirational and from day one, to get the impact we wanted, it needed to be profoundly mainstream, not just a weird thing that tree huggers do.”

Today they manage a team of seven employees and 18,000 volunteers from their Crouch End headquarters, have users in 32 countries and have facilitated the sharing of 500,000 portions of food.

“When you give something to someone who wants it, or even needs it, it is an incredibly powerful feeling,” said Tessa who regularly shares food from her Finsbury Park home.

Bread and unusual flavours of tea are some of their most popular items alongside a glut of chocolate after Easter and Christmas and fresh fruit and vegetables in the summer. Regular listers include food photographers, bakery school students, and a growing number of events companies. 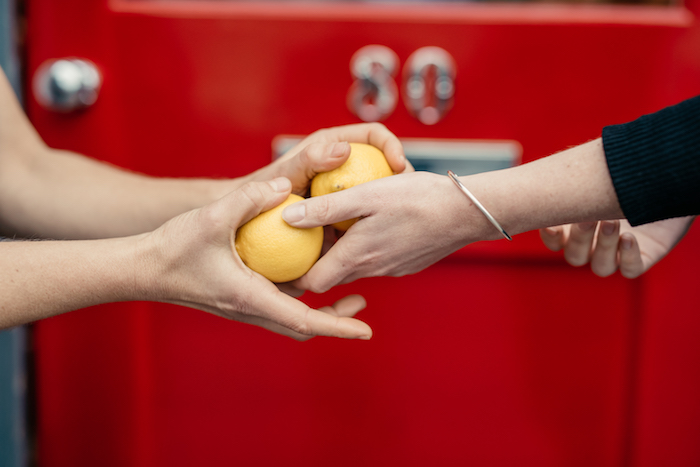 The firm has had $2.2million of investment but started generating revenue last year through partnerships with 150 stores such as Sainsbury’s, Planet Organic and Pret A Manger.

Tessa said the main Olio app will always be free but later this year it will be experimenting with paid for premium features for super users.

“Saasha and I are both firm believers that the business that are successful in the future are ones making profit with a purpose so you are contributing in a positive way to society and the planet.

“Through generating our own revenue we can be masters of our own destinies.”

Tessa said one of the biggest challenges for the company had been developing the tech, now done in-house, to hone the geo-location and messaging capabilities and allow volunteers to manage multiple listings.

And her proudest moment?

“Turning Olio from what seemed a crazy idea into something thousands of people are incredibly passionate about.”

Go to olioex.com for more information

Olio works with This Is Rubbish who are campaigning for the EU to set targets to halve food waste by 2030.

Tessa said the food industry also needs to play its part by relaxing cosmetic standards and making date labelling clearer so people don’t automatically throw away food that is past its best before date.

Consumers can help by ensuring they only buy what they need by meal planning, writing a shopping list and checking the fridge before shopping.

Learning more about food storage is also vital as households throw away 24million slices of bread every day in the UK said Tessa.

She recommended freezing slices when fresh, toasting them if stale or turning them into breadcrumbs.

“Life is unpredictable and it will always be hard to perfectly balance supply and demand because we will always work late, want to eat out or have parties and all the things naturally result in more food than you want,” she said.

“But that doesn’t matter if you have somewhere to share it.”