We have a water problem. Around the world, two out of ten people don’t have access to clean and safe drinking water. Across the globe, many countries are facing water shortages and droughts.

On the other hand, reports coming out of the United States, such as Robert Glennon’s ‘Unquenchable: America’s Water Crisis and What to Do About It’ states that individuals in the United States waste around 24 gallons of water a day. This ends up being 5.8 billion gallons a day wasted by the entire American population.

The global population continues to grow, and our climate crisis has resulted in more water shortages, leaving us to look for other water sources to meet our needs. Is there a solution?

Wastewater Could Be The Solution To Our Water Supply Problems

Aside from harvesting rainwater, another great way to conserve the world’s freshwater resources is to use recycled water. This water can be used to irrigate, landscape, flush toilets and have uses within our many industries. The recycled water can also be used to restore depleted ecosystems where fish, plants, and wildlife have been left vulnerable as water is diverted for rural or urban needs. In areas close to coasts, recycled water can be used to recharge groundwater aquifers, preventing saltwater intrusion, which happens when we over pump the groundwater.

Using recycled water seems like a fantastic solution, but unfortunately, it’s not as common as most people are disgusted by the thought of toilet water coming out of our taps and being used for drinking and showering. Along with states such as Virginia, New Mexico, and California, this practice has been adopted in other countries, including Australia, Singapore and Namibia. These states and countries have demonstrated that purified wastewater is clean and safe, and can be used as an alternative water source, helping ease water shortages around the globe.

Different methods and technologies can be used to recycle water. The techniques used will depend on how pure the water needs to be, and what is its intended purpose.

In the Point Loma Wastewater Treatment Plant in San Diego, they are presently studying the viability of using recycled water for drinking purposes. The process they follow is the sewage water is firstly put through advanced primary treatment, that separates the water from large particles before going into the sedimentation tanks, where chemicals are added to separate the sludge and scum. When this process is complete, the majority of solids have been removed, and the wastewater is clean enough to be sent back to the ocean.

In secondary treatment, the wastewater is mixed with bacteria, which ingests organic solids, and the sludge settles to the bottom. The water is then filtered to remove any remaining solids, it’s disinfected with chlorine and the salt is removed. This water can be used for industry or irrigation.

America and Australia are two of the leading countries in wastewater recycling. In California, the Orange County Water District has built a spearheaded wastewater treatment facility which recycles wastewater, returning it to the drinking supply. The plant initially produced 70 millions of gallons per day and is now expanding to produce up to 100 million gallons. This water is enough to fill the needs of 800,000 people, which around one-third of the population of America.

Australia already uses recycled water for non-potable use, and the wastewater from restaurants, industry, and houses is being directly discharged into sewers. This water is then treated, and the recycled water ends up being used in industry and domestic outdoor activities, like gardening.

Using recycled water for drinking purposes has also started to crop up in some areas of Australia, such as Penrith. They discharge the treated wastewater into the Nepean River, which is then treated and delivered to the inhabitants of the Hawkesbury region and Perth will receive up to 20% of its drinking water from recycled sources in the coming years.

The biggest hindrance in advancing with this project is disgust, as people are not ready to disassociate the idea of drinking toilet water. However, if costs continue to reduce and public acceptance grows, recycled wastewater could turn out to be the best defense against the upcoming water droughts. Much of the infrastructure and technology is already there; we just need to get used to it.

Bob Gorman is a freelance writer from Melbourne, who likes writing articles that cover environment and sustainability related topics. He has written numerous articles and contributed to several other blogs. When he is not writing, he enjoys spending time on the beach with his family. 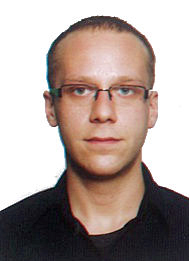