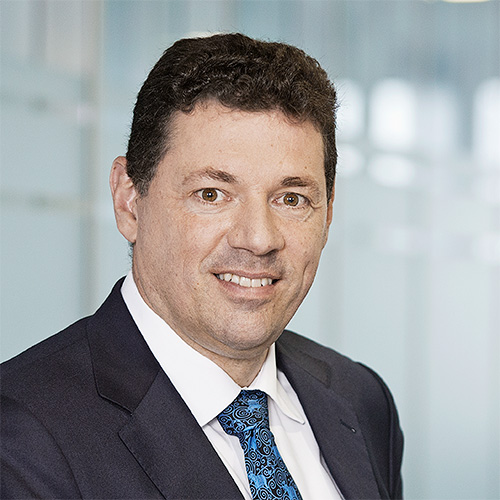 Adrian Wilson: What was your key message to attendees at Dornbirn-MFC 2016 in respect of the current state of the European manmade fibres industry?

Robert van de Kerkhof: Once again we are operating in a gratifying business environment after many years which were not so good. Growth prospects are intact. In 2015 we witnessed global production growth of about 4.8% – or more than one percentage point higher than in the previous year. In other words, our industry is back on track.

AW: How is the low oil price affecting the market?

RvdK: It’s a problem for us – at prices of about US$40 per barrel, large volumes of high quality fibres are being sold on the market at very low price and should actually cost much more, because they offer much more than the current price of approximately USD 1.2 per kg in Asia indicates. The selling prices of polyester have been going downhill for the last five years. These low prices have led to a distortion of inter-fibre competition, which is not a good thing.

AW: Is over-capacity still the problem?

RvdK: Yes, these prices are a consequence of enormous surplus production capacities in this part of the industry which have been built up in recent years. Based on current growth rates, capacities are so high that they would be sufficient to cover demand over the coming four to five decades. We should urgently consider whether it would make sense to reduce capacities for standard polyester fibres on a larger scale, instead of repeatedly increasing volumes.

AW: What about demand for wood-based cellulose fibres?

RvdK: The demand is very high at the present time, which has resulted in a double-digit rise in selling prices this year. For the first since 2010, viscose fibre prices have been higher than cotton for a sustained period of time – since 2015 – both technically and qualitatively, in the areas where they belong.

The cotton industry is going through turbulent times following the Chinese government’s policy of building up inventories back in around 2011-2012. These inventories are now being reduced, putting pressure on prices. At the same time, reduced subsidies to farmers in certain areas, as well as higher returns for farmers from alternative crops, have reduced cotton production levels.

AW: Isn’t there a danger that excess production capacities for cellulose fibres and other products will arise as a consequence of the good price situation?

RvdK: If this happens, our industry would saw off the branch we are sitting on. The commoditization of high quality products is, in fact, a general trend in every industry. However, this trend is intensified the more additional capacities come on stream and cannot be immediately absorbed by demand. We need to learn from the mistakes of the past. The experience we have gained in recent years has shown us that specialization and the identification of new niches are rewarded by the market. Speciality products are far less severely affected by recent price volatilities than standard products. There are also a series of other potential dangers which we are unable to influence. They include, for example, political threats which can lead to entire sales markets being suddenly called into question in a matter of just a few days. We are seeing this now in India, where the local textile industry has complained about the negative effects of the government’s anti-dumping policy. A few Indian fibre and spinning companies may be pleased with the artificially high prices for yarns, but this reduces export opportunities for the manufacturing and processing industries. Our Indian colleagues in the textile processing sector even believe that their very existence is threatened by the current situation.

Trade barriers are always an obstacle to fair competition, and we should continuously take a firm stand against them. They have rarely solved problems, but for the most part have only delayed the implementation of appropriate solutions.

AW: So what of the future?

RvdK: The successful future of our industry is based on the supposition that we will get fair prices on the market for our products. Only healthy earnings enable us to finance the crucial innovations which our customers and consumers expect from us. Good products must come at a price and this creates the financial basis for better products in the future.

AW: What can be done to guarantee fair prices on the marketplace?

RvdK: From my point of view, there is a clear response to this question – by further specializing production and thus further enhancing the added value for our customers. If we offer our customers new and improved functionalities and can effectively explain to them what the specific benefits are, then everyone along the entire value chain will benefit.

Take the speedy development of the technical textiles sector as an example. This market hardly existed 20 years ago and we currently see growth rates of more than 4% in both volumes and revenue. The technical textiles industry is one of the most innovative industries in the world. New applications are being developed in a broad range of end-uses, such as healthcare, agriculture, construction, automotive and environmental protection, just to name a few. But continuous innovation is also key in this attractive segment and needs to be financed.

AW: You’ve also spoken in the past about social acceptance being crucial to success?

RvdK: The world is well on track towards consuming about 100 million tons of fibres annually and many people justifiably ask what happens to all these fibres when they are no longer in use. Some of these fibres are even intentionally sold as disposable fibres for single use only, for example most nonwoven fibres.

We have to answer this legitimate question – regardless of whether this involves synthetics or cellulose fibres like cotton or viscose because we are at the beginning of the value chain.

In this respect, there is a new project we at Lenzing are very proud of. We have developed a new Tencel fibre which uses cotton fabric waste as a raw material. This means that we can combine our Tencel fibres – which are already very environmentally compatible – with recycled products further reducing the ecological footprint of the new fibre. Inditex was the first textile manufacturer to test this fibre and other brands are following. Patagonia will launch its first product made from the new fibre in spring of 2017.

AW: Isn’t co-ordinating partners along the value chain a challenge with such a new product?

RvdK: All partners have to work together to make this work. The complexity in fibre blends, dyes and finishes and designs are all critical considerations in a closed loop process. This is why the partnerships of Lenzing with the retailers at the other end of the value chain are so important for the overall success of this project.

I am sure that we will see further projects in this direction in the years to come – and they will not always be from Lenzing, the company I represent. A lot of positive developments are in the making. The objective must be to more strongly integrate the concept of the circular economy into the fibre industry.  Our goal must be to offer products made of renewable raw materials and fibres with the least possible environmental impact when they are processed along the value chain. And we have to communicate the benefits to the consumer in the correct way – only then will we be able to achieve a fair premium in the future for such products. Our industry, our ways of thinking and the solutions we offer are becoming increasingly complex. The fibre industry is increasingly emerging as a know-how-intensive industry and we should use this as the basis for positioning ourselves more strongly in the public eye. I believe intensified public relations are just as crucial as intensified lobbying with public authorities and opinion leaders. We need a much greater willingness to support our industry. As a consequence of past events, many opinion leaders see the fibre industry in Europe as one which is in danger of closing down or being relocated to other regions in the world. The rapid technological and ecological changes occurring in recent years have not yet really been embedded everywhere in people’s minds.

If we succeed in this positioning, then we will generate even more interest in research and development. Even more young people will commit themselves to scientifically working for the industry, because we will continue to be attractive in the future as a driving force behind industrial research.